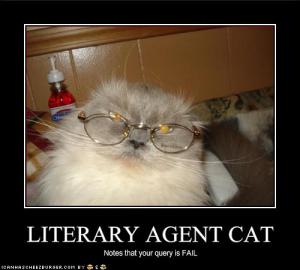 We’ve been over the snail mail query and the e-query, but there are three other ways to get to your targeted agent/editor.

That’s not to say your manuscript won’t be plucked from the query box, many are. But sometimes it’s nice to have a change of pace.

If I think of any other legal ways to get to your dream agent/editor, I’ll let you know.