Yes, people are discovered in the slushpile. Happens all the time.

And no matter how much an agent/editor likes you, she won’t sign you unless the writing is there. 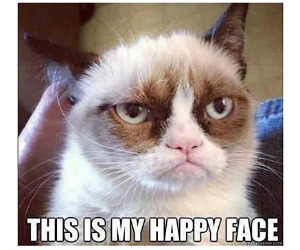 It only stands to reason that an agent/editor will give your query a more serious look if she’s met you. While not all of us can travel and shell out the bucks to attend workshops and conferences, there are ways to virtually meet and get to know these peeps.

A. FACEBOOK–Many agents/editors have a Facebook page. Some are private, some are professional, and some are a little of both. DO NOT LOOK UP THEIR PAGE ON FACEBOOK. Only ask to be friended if they list their Facebook page somewhere else, such as their agency page, blog or Twitter.

Facebook is a great place to interact with your agent/editor of interest because they tend to be a bit less formal. Generally, it’s a smaller audience reading their posts. And a vetted one.

DO: Comment on their posts, congratulate them, maybe point out an article they’re mentioned in, if you think they missed it.

DON’T: Pitch. Ask questions about the industry–unless that’s what a particular agent uses her page for–or say anything negative.

Also: Remember, the agent/editor is going to see what you post to others, too. So watch it.

B. BLOGS–If the agent/editor has a blog, you already ought to be reading it. But don’t just read, comment! You’ll want to be an early commenter, so she’s sure to see it. Get yourself an RSS feed that will alert you to new posts.

Blog commenting gives you some space to show that you’re up on the industry and think about it as a business.

DO: Get in there as close to the first comment as possible, make it thoughtful, be positive.

DON’T: Pitch. Or just say “thanks” or “great post”. Talk negatively about ANYBODY.  Swear. Be argumentative.

Also: Disagreeing is fine, if it’s well-reasoned and polite. You might find out that you think very differently from the agent/editor, and wouldn’t be a good match, after all.

C. TWITTER–Oh Twitter my Twitter. This is my schmoozing site of choice. You don’t have to be friended, you don’t have to keep track of a blogpost schedule, you only have to jump on the train and Tweet. This might steer you into an actual VIRTUAL CONVERSATION, if the agent/editor decides to answer. And if more than one agent/editor is in on the conversation, TWO BIRDS, PEOPLE.

DO: Listen, then engage. Have something to actually, you know, say. Be smart. Be witty. Be conversational. Be interesting. Join chats.

DON’T: Pitch. Send a steady stream of Tweets at one agent/editor until they block you. Start a conversation.

Also: A good way to get an editor’s/agent’s attention is to ask questions when they hold impromptu #askagent chats or tout their blog post with #theirTwitterhandle.

So see? Even if you can’t get away for a schmoozy conference, you can still build relationships with agents/editors.