While many publishing houses are closed to submissions, querying editors is still a possibility in some circumstances, and it can definitely lead to publication. Today we are celebrating Sub It Club member, Marcie Wessels and the release of her debut picture book! Marcie is here to tell us how she queried her editor directly and share her query letter for PIRATE’S LULLABY: MUTINY AT BEDTIME. 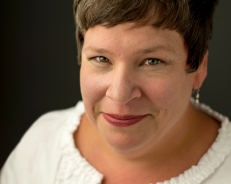 I began writing for children in Fall 2011. After taking a series of three classes at the University of California Extension, I attended SCBWI Editor’s Day in Orange County. One of the benefits of attending SCBWI events is the ability to submit a manuscript directly to an editor at a closed publishing house. After the conference, I decided to take a chance and submit a manuscript that felt like it might be a good match with one of the editors. Here is my query letter.

It was a pleasure to meet you at the SCBWI Editor’s Day in Orange County.  The revitalization of Doubleday’s children’s book list is exciting news!

A PIRATE LULLABY is a lyrical bedtime tale in which young SLEEPYHEAD worries that he will miss out on fun filled swashbuckling adventures if he goes to sleep. PAPA PIRATE tucks him into bed and tries to reassure his son. The conversation between the two has a surprising result and pirate lovers young and old will delight in reading a twist on the classic bedtime routine.

Although I am a landlubber, I live near the ocean and come from seafaring stock; my grandparents lived on a lake and spent their days fishing while my parents owned a recreational sailboat. I am a former college professor and author of a Spanish language conversation textbook, Revista: conversación sin barreras (2nd edition, Vista Higher Learning, 2006), and several articles about Latin American film and literature. Currently, I am a stay-at-home mom who dedicates her time to writing for children. I am a member of SCBWI.

Thank you for your consideration. I look forward to hearing from you. 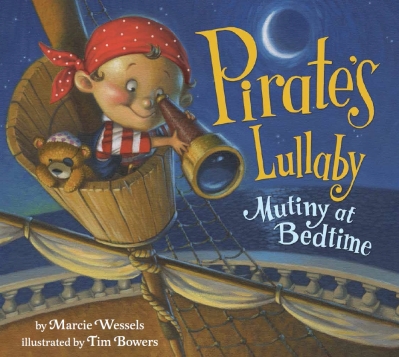 Although this query letter did not land me an offer, I did receive a very nice (and detailed) feedback letter with the offer to revise and resubmit. I spent three months revising and resubmitted in January 2013. By March, I had an offer. My debut picture book, PIRATE’S LULLABY: MUTINY AT BEDTIME (Doubleday BFYR), illustrated by Tim Bowers, releases on August 25, 2015.

Well done Marcie! Thank you for sharing with us. We love being able to share your great news! To celebrate the release of her debut picture book Marcie is giving away an autographed copy right here on the Sub It Club blog! All you need to do to enter is leave a comment on this post. Feel free to tweet/facebook/share this post and let us know in your comment for extra entries. This giveaway is open to U.S. residents only. Entries close Monday, August 31st and we’ll announce the winner soon after. Good luck mateys!

***************
Marcie Wessels received a B.A. in English and Spanish from John Carroll University, an M.A. in Spanish from Bowling Green State University and a Ph.D. in Latin American Literature from Tulane University. Pirate’s Lullaby: Mutiny at Bedtime (Doubleday BFYR), illustrated by Tim Bowers, is her first children’s picture book. She lives with her husband and their two children in San Diego, California. Find out more about Marcie and link up with her at her website marciewessels.com.

62 thoughts on “PIRATE’S LULLABY: MUTINY AT BEDTIME – A Query Letter That Worked”